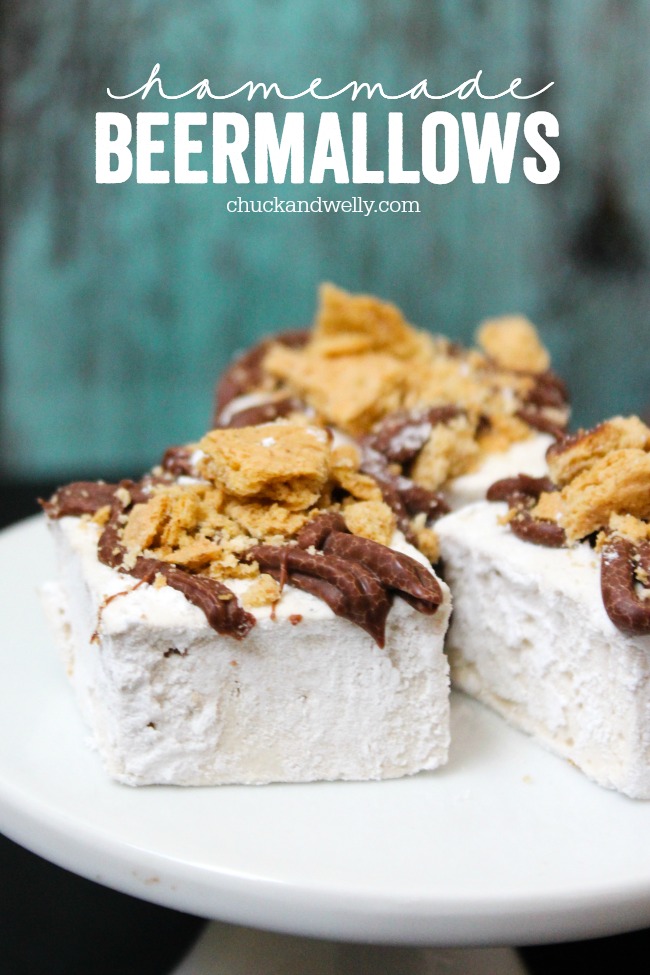 I don’t think it’s any secret that s’mores and beer both fall into my top five favorite foods.  So what better way to combine the two than to make some beer-infused marshmallows: BEERMALLOWS! EPIPHANY!  This genius idea struck after my local brewery came out with a black IPA that they named “Campfire”.  So fitting.  So these marshmallows have a little IPA flavor to them but I’d encourage you to try your favorite brew – a vanilla porter would be equally as delicious! 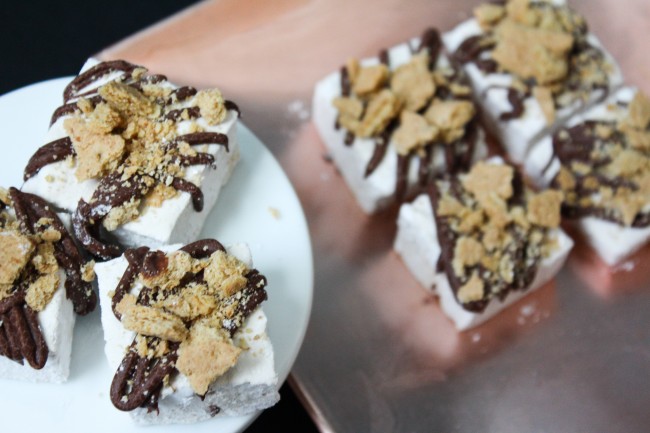 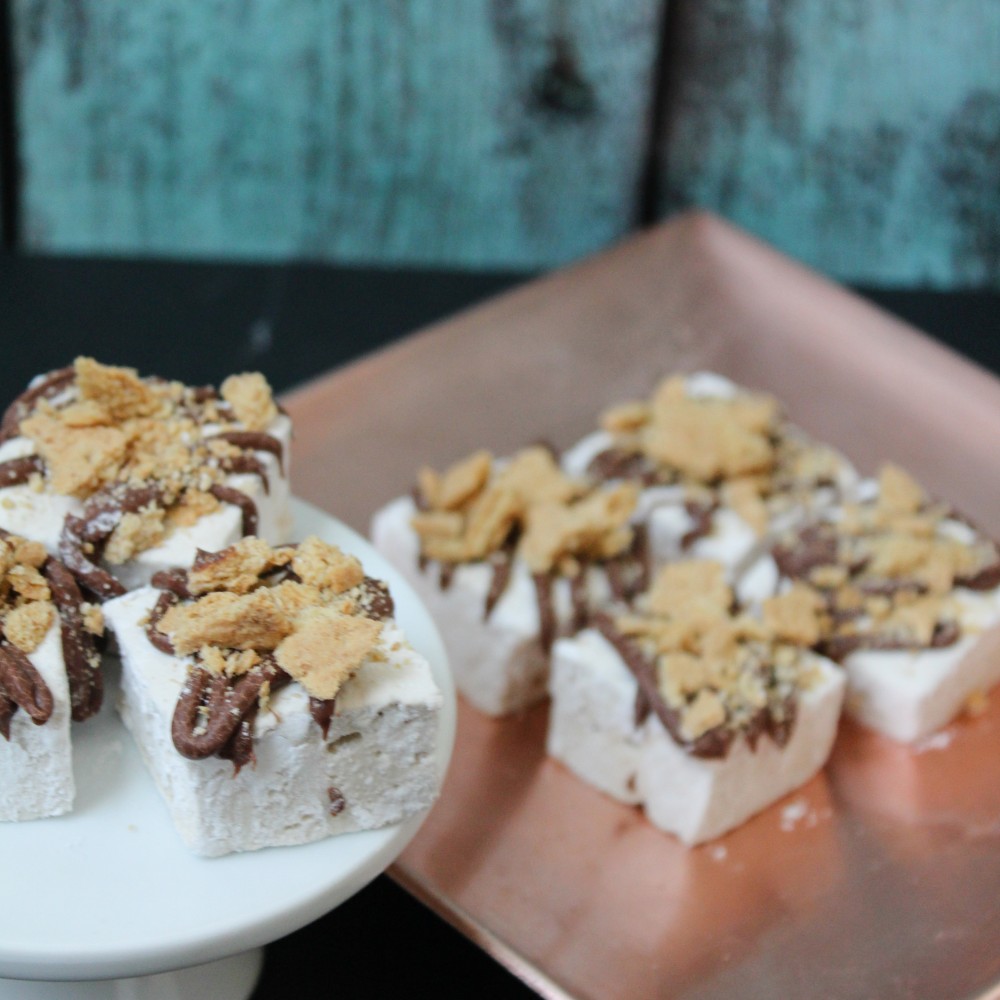 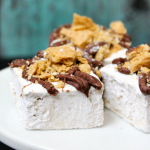