Very often I make something, a dessert of sorts for instance, and think how in the world did I live without this deliciousness? Just, how?!

I know what you’re saying – This woman is crazy if she is going to try to convince me to roll out the cinnamon roll dough and bake for hours on end in this hot-mess of a weather! But, you see, that’s the beauty of these Chocolate Cinnamon Rolls. In one word, they are lazy. You don’t have to roll nothin’! You don’t have to wait for any dough to rise, fall, or whatever comes in between those two. God Bless refrigerated dough. 😉

When I first made these, I sorta hated myself. Not because there was something wrong with them. Heck no! But because it was too freakin’ easy to make them and they are sooo delicious that I can’t stop eating them!

No wonder those water pills didn’t work for me. Pshhhh…

This is SO a weekend recipe! For one, weekend calories don’t count. Um, no they don’t!

And two, you only have to get up like 40 minutes before everyone else and make these rolls. Then you can tell them that you slaved over cinnamon rolls the entire morning! They don’t have to know our little secret, m’kay? 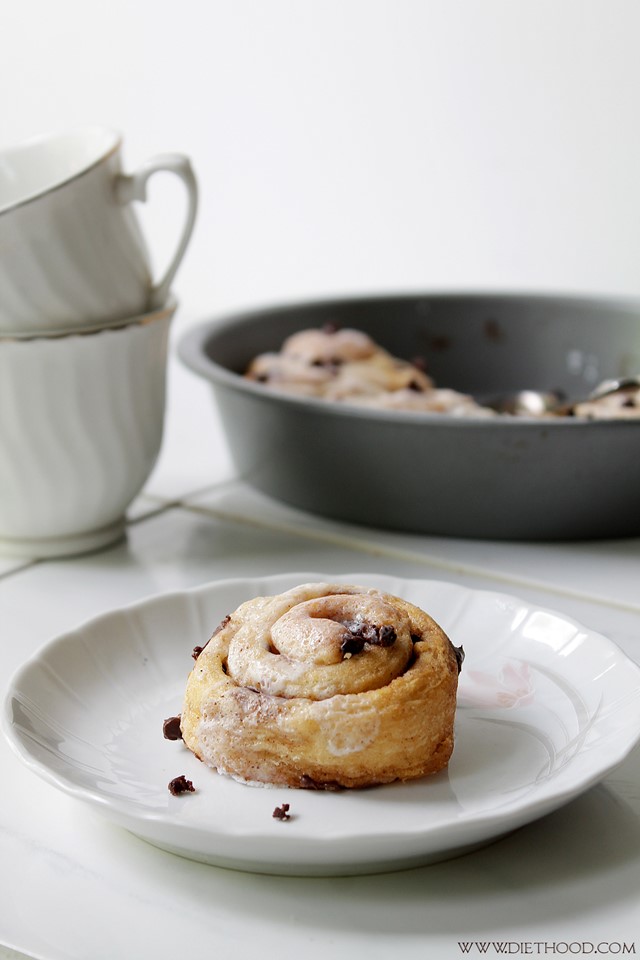 Now, go and pick up a can of Crescent Rounds and some chocolate chips. I’ll be here waiting. With a recipe, of course.

By the way, if you are looking for an authentic Cinnamon Rolls recipe, hop on over to my blog and get the recipe for these aaaaamazing Cinnamon Rolls with Pecans and Lemon Cream Cheese Frosting. 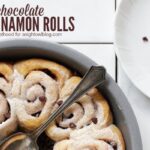 Anyone else doing some spring cleaning? 🧽🧺 T