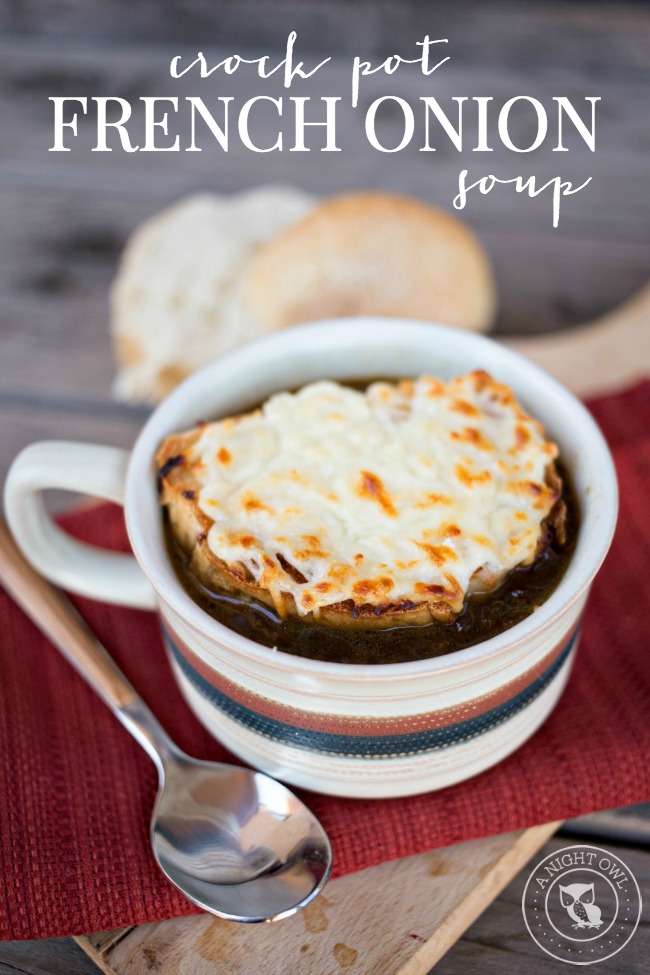 Hi friends! Today I’m excited to not only bring you the most delicious Crock Pot French Onion Soup recipe, but just like we did last year, we’re continuing on with 12 Bloggers – 12 Months – 12 Ingredients (or less)! Remember, each month again this year on the 12th, 11 of my bloggy friends and I are bringing you a delicious and easy recipe, with a theme! And the theme this month is 12 Slow Cooker Soup Recipes!

Mmmm…I just love soup recipes for this time of year. The perfect meal to heat up your home and your belly! One of my favorite soups to order when we’re out is French Onion Soup. I had always thought it would be near impossible to make at home – but with this crock pot recipe and just a little time to get those onions golden, you’ll be amazed at how well it turns out! 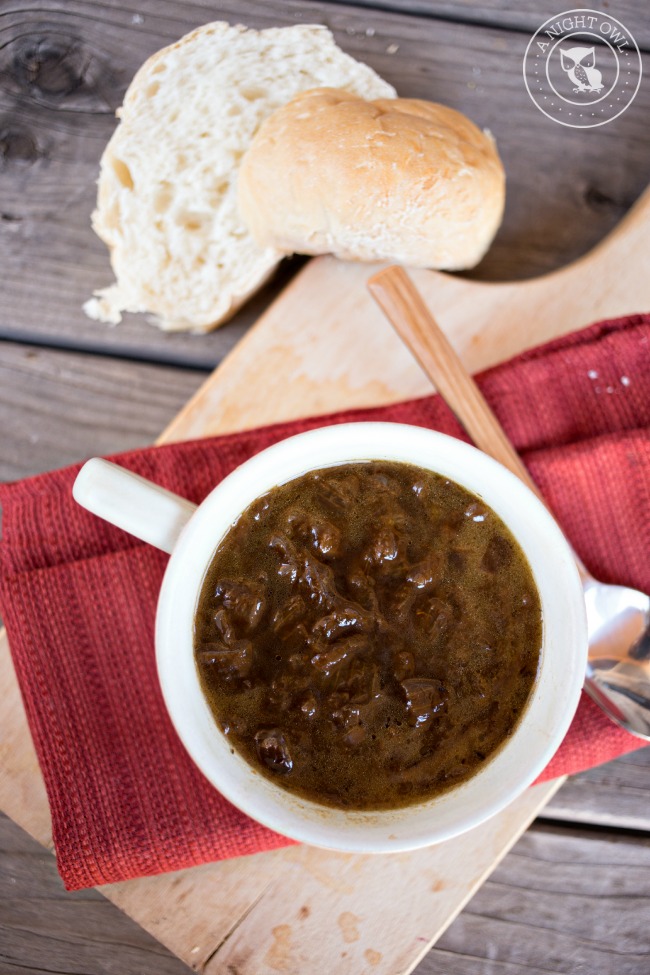 I started out the soup by browning two JUMBO onions in butter, adding a little sugar at the end and letting them carmalize a bit. I then added a little cooking sherry to deglaze the pan and get all those yummy browned butter bits. I transfterred this aromatic onion mixture to the crock pot, added some beef broth and spices and cooked for a few hours and voila! Delicious soup.

But that’s not all. Once I knew I was about to serve up the soup, I simply tossed some mozzarrella and parmesan cheese (you can also substitute with gruyere and emmental) on top of a slice of french bread and broiled that until the cheese was bubbly and browning. Top off your cup (or bowl) of soup with this cheesy bread and you’re set to go! 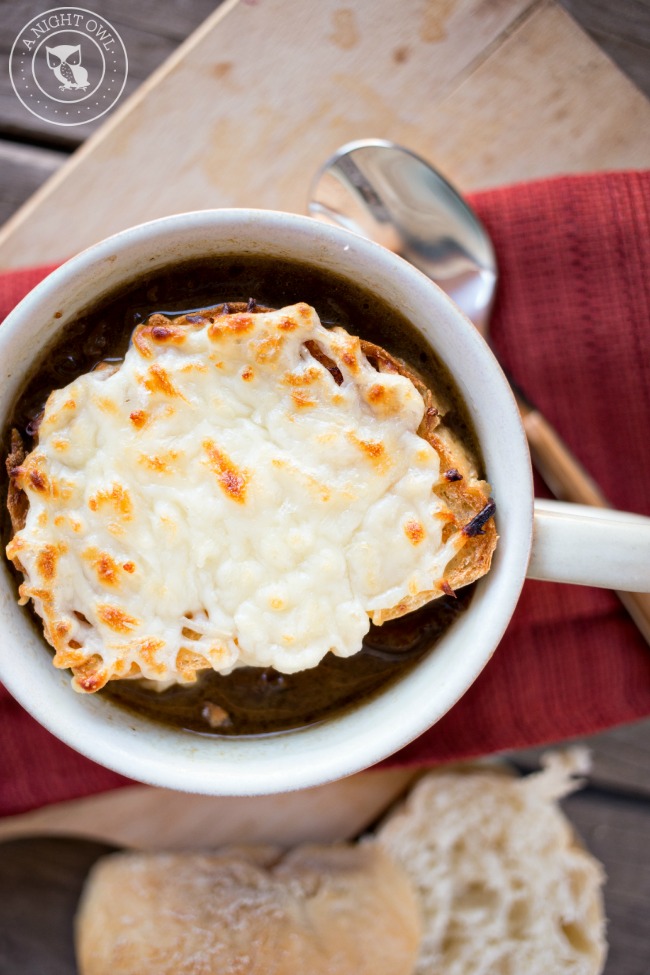 Those are the basics, but if you’d like to give the full on recipe a try – just know it’s tried, true – and yummy! 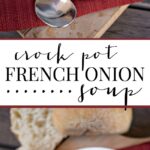 You can substitute Gruyere and Emmental cheeses for the Mozzarella and Parmesan; I simply used what we had on hand. 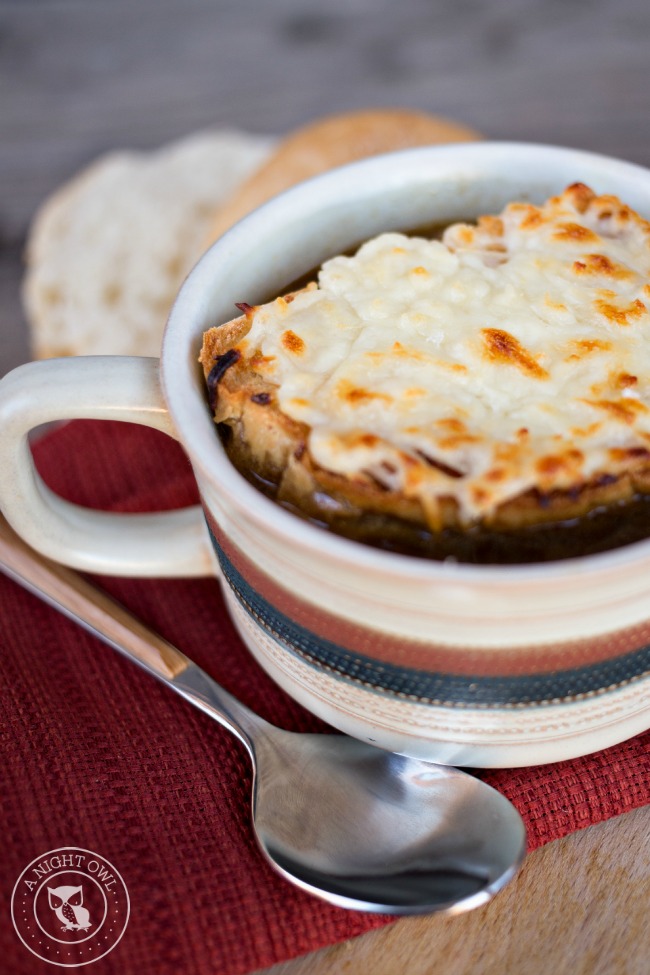 And there you have it, Crock Pot French Onion Soup, just like you’d get at your favorite restaurant. At home. Made by YOU! Now remember there are 12 Slow Cooker Soup Recipes! So be sure to check out the other amazing recipes from these amazing ladies! 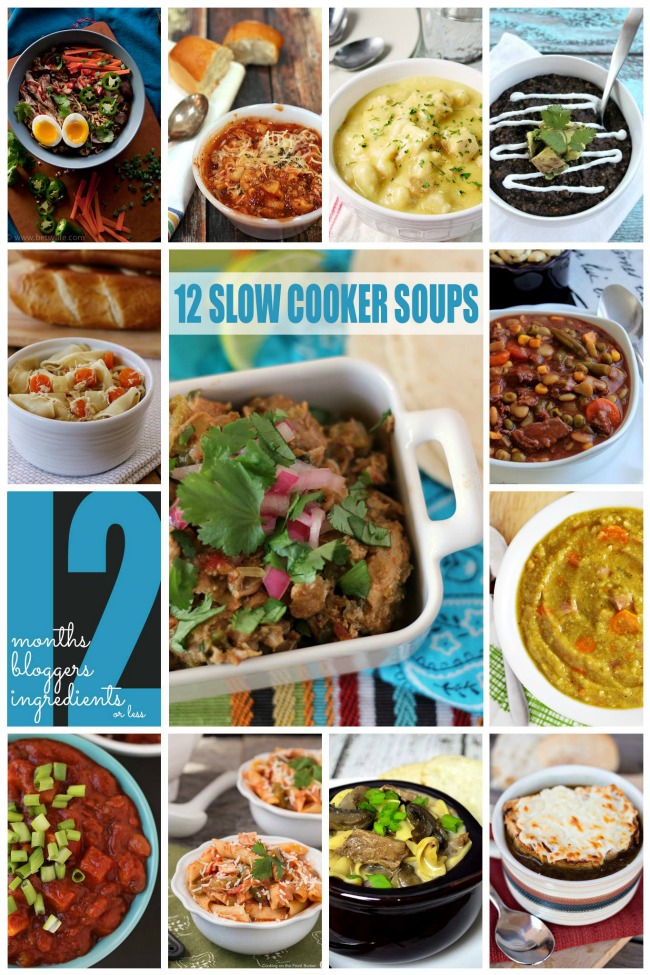 Now there are a whole lot of FANTASTIC slow cooker recipes, right? Be sure to let me know if you make our Crock Pot French Onion Soup – and tell us what you think! And be sure to check back next month on the 12th for our next theme and collection of recipes!

I hear it was #NationalSonDay! These boys fill our