Come along with us as we share our Walt Disney World® Vacation Reveal: how we shared the news and a free printable download for your own big reveal! 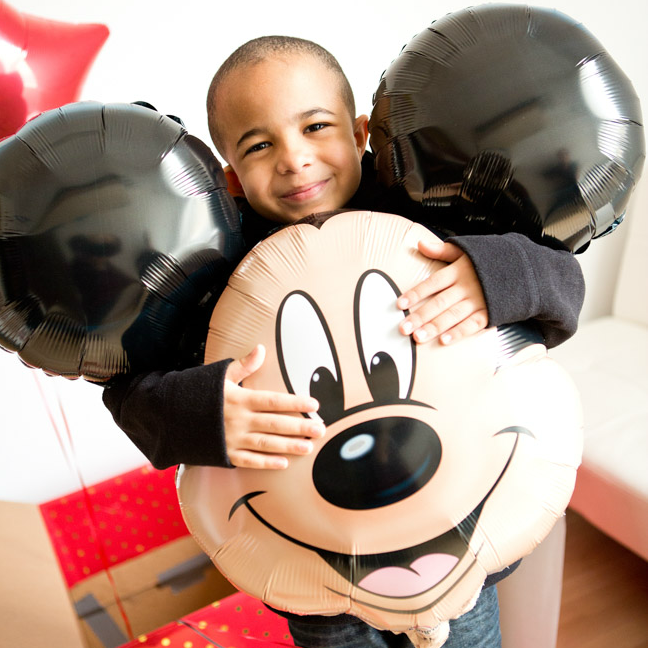 DISCLOSURE | Thank you to Disney for hosting our family vacation. All thoughts and opinions are my own. Photography by Jolie Anne Photography; Videography by Street Studios Video Production

Hi friends! This year my family and I had the awesome opportunity to head to Walt Disney World®. Disney is always a dream come true for us, our boys are huge fans – from Mickey Mouse to Star Wars! And while my oldest two got the chance to go for the first time a couple of years ago, they were much younger then and of course our new little guy Adrian wasn’t around. So I knew this was going to be a special vacation. And a special vacation meant that we wanted to do a special Walt Disney World® Resort Vacation Reveal! 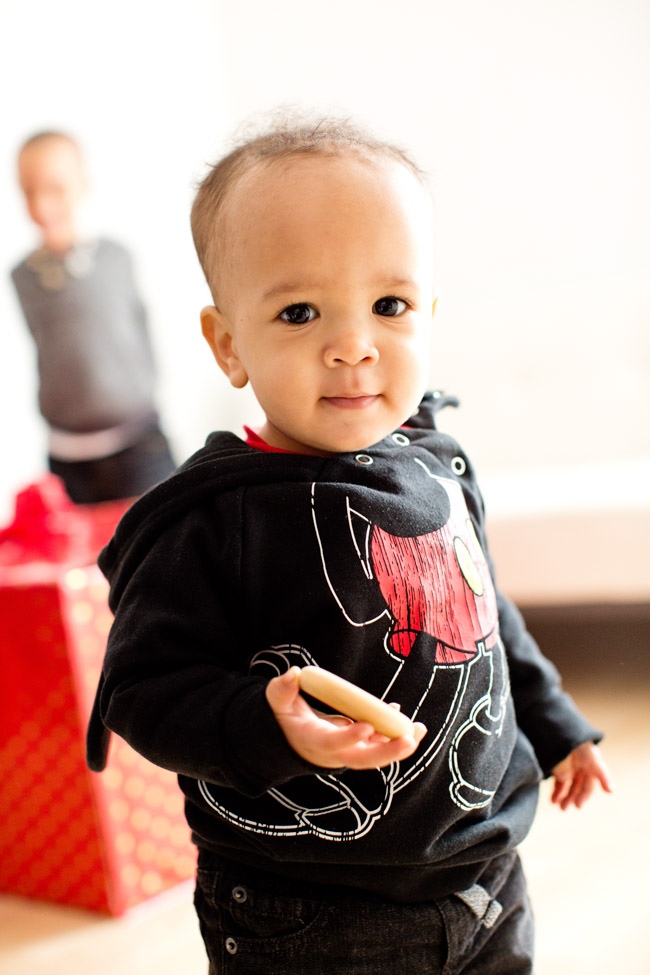 I’ve seen so many cute ideas on Pinterest and such, even some great ideas my friends have shared with us. But I just felt like anything we did at home might fall flat so my first thought, I wanted to get them out of the house and totally distracted. Once they were out of the house, we really could have done anything and it would have been a huge surprise, but I loved the idea of wrapping a huge box,  hiding some Disney balloons inside with a special note. This way it would not only be fun for AJ and Alex, but our little guy could get in on the excitement as well.

How to Prep your Disney Vacation Reveal

It’s so easy! I picked up Disney balloons from my local party store and printed the reveal message. I tied the message to the end of the balloons and found a large box that would hold all of the balloons. Instead of wrapping the box the typical way, I wrapped the paper around the flaps of the lid so we could simply tie the box closed and upon opening the balloons would pop right out! Now for the reveal…

So one Saturday morning I told the boys that we were going to our friend Jolie’s studio for a photo shoot for the blog. This is a somewhat common occurrence, it would get us out of the house AND bonus, Jolie would be there to capture the moment for us. I also recruited our friend Dallas of Street Studios to head out and film the occasion. SO FUN! 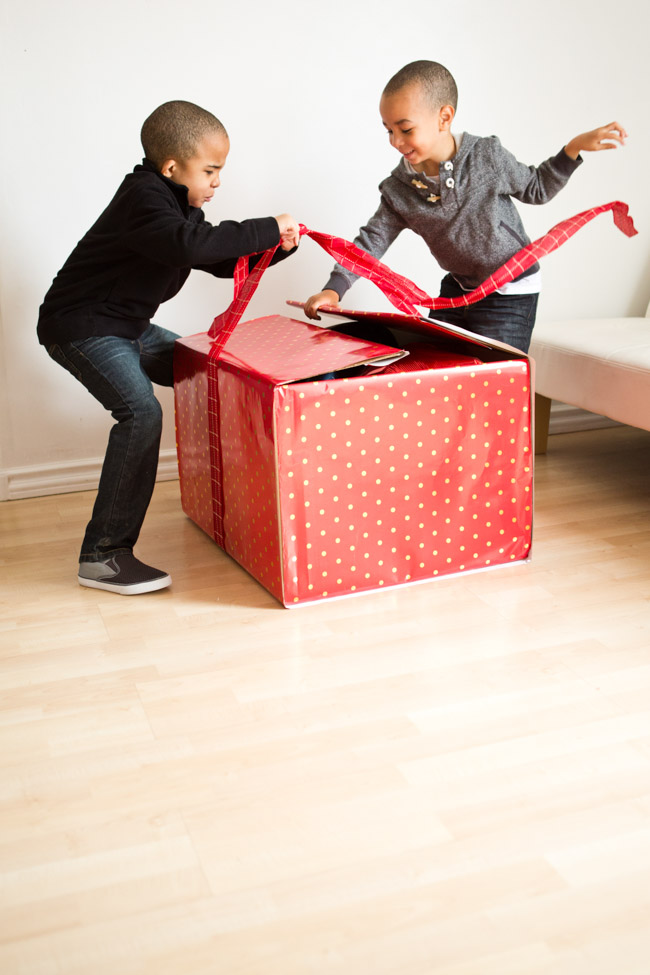 So when the boys arrived, they walked into Jolie’s studio and there it was – a big red box tied shut. Just begging to be opened. When I gave them the green light they tore into it! You could already feel the excitement in the air… 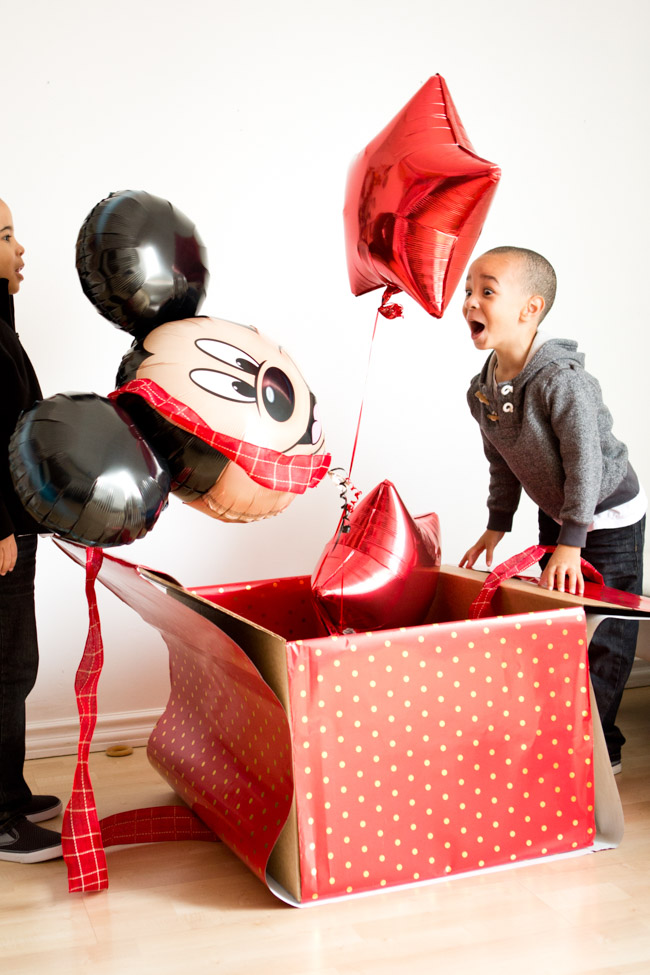 The box opened and out came Mickey Mouse! What did this mean? Well they must have had a clue because they started in on their happy dance right away… 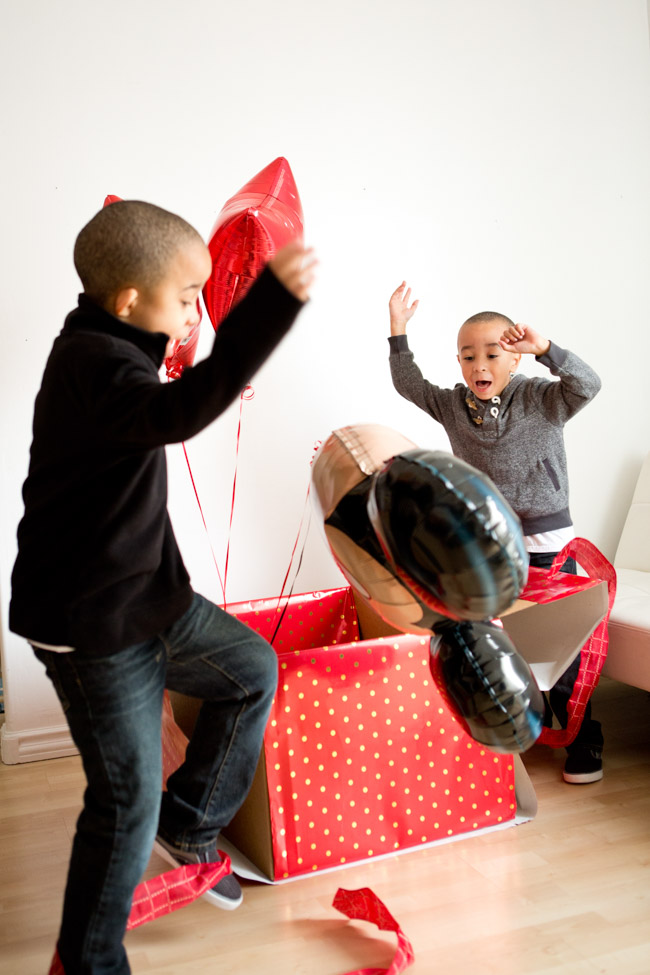 I directed AJ to read the special note we had inside…Surprise! We’re Going to Walt Disney World®! 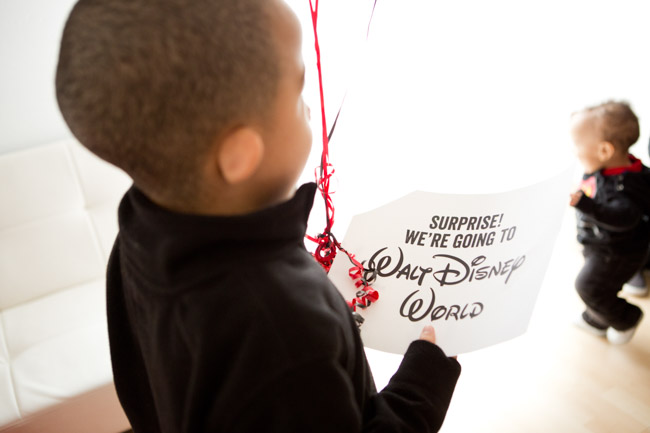 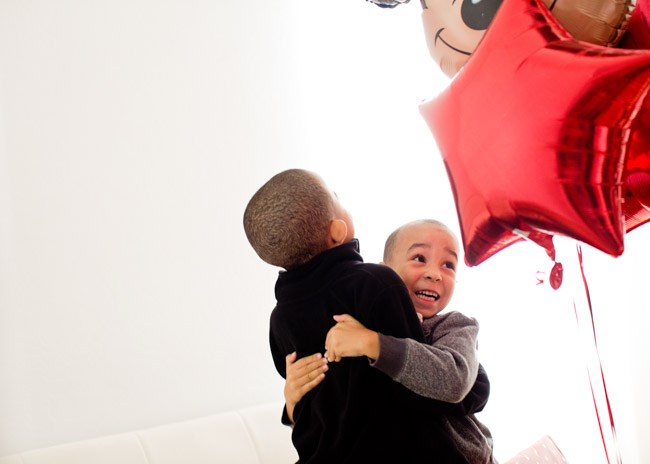 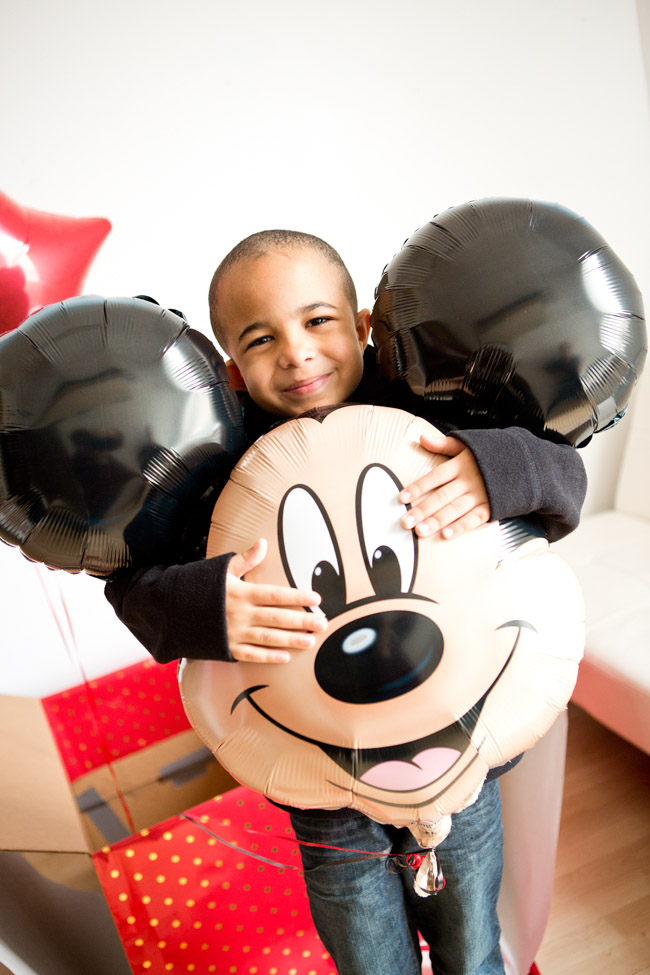 And they were so excited. They had memories of the magical place but they were certainly ready to make new ones. And so were we. 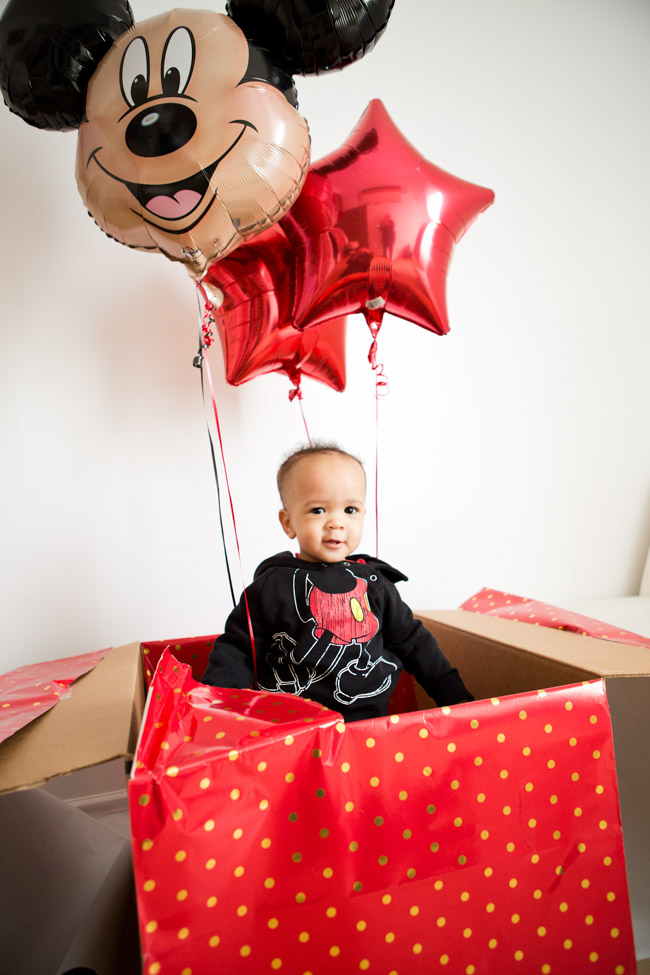 For more Disney Projects, check out: