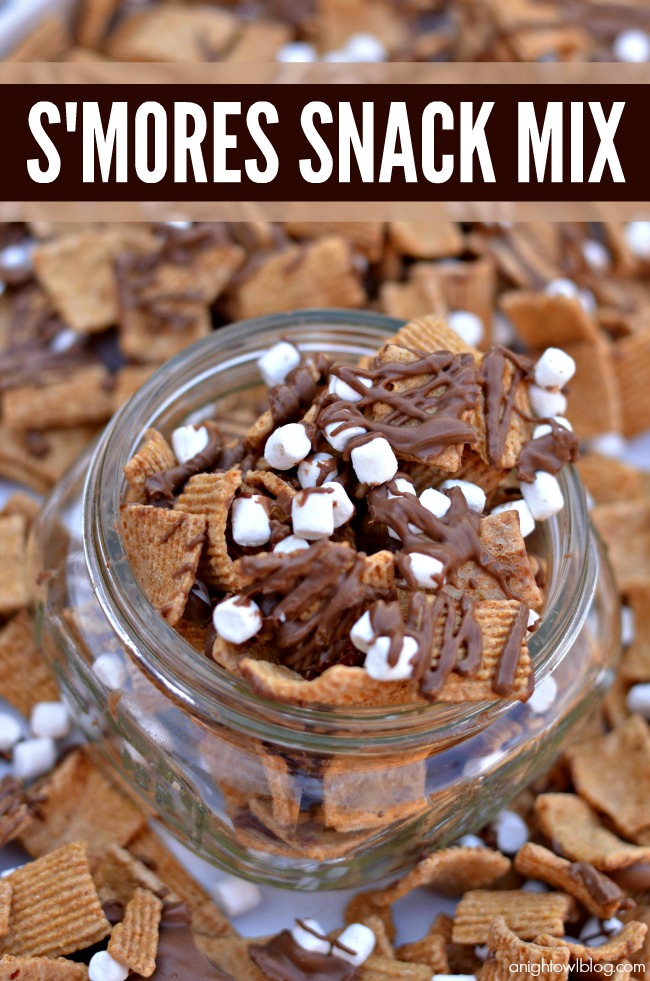 Hi friends! As we head into Summer, I feel more and more compelled to share fun and easy Summer snack treats – like yummy popsicle recipes and even tasty homemade ice cream recipes! Summer not only makes me think of sweet frozen treats but also of campfires and S’MORES. Right?! Now, I won’t be lighting ANY fires outside in sunny Arizona – where we’re already enjoying temperatures of over 100 degrees (I know, but it’s a dry heat). So until we can take a break from the heat I found another way to enjoy a S’mores treat with this EASY S’mores Snack Mix!

Lay out your Golden Grahams on a tray and sprinkle with Mallow Bits. Meanwhile, heat up your chocolate candy melts according to the directions – I like to do on defrost at 30 second increments – until melted and drizzle-able. Yes, that’s a word. Drizzle that yummy chocolate goodness over the grahams and mallow bits. 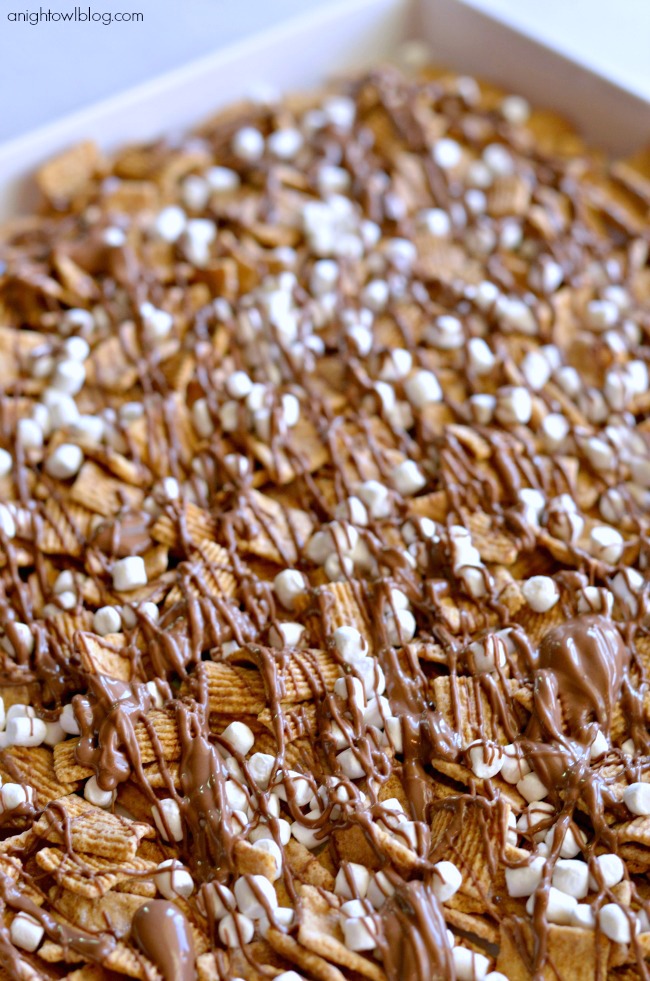 Then try your hardest to let the chocolate cool and harden. It’s going to be tough. I mean, when you see the graham, marshmallow and chocolate goodness, you’re going to want to dive right in. But restrain yourself, because it’s going to get messy. Hah! 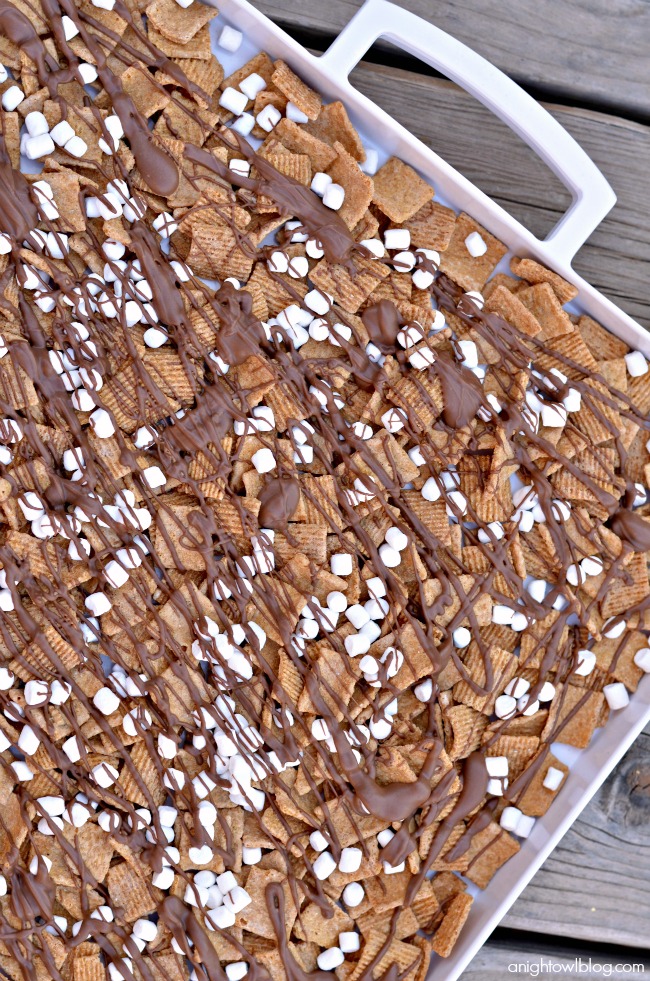 Once the chocolate is hard, you can break up the S’mores Snack Mix, put in baggies or jars and ENJOY! 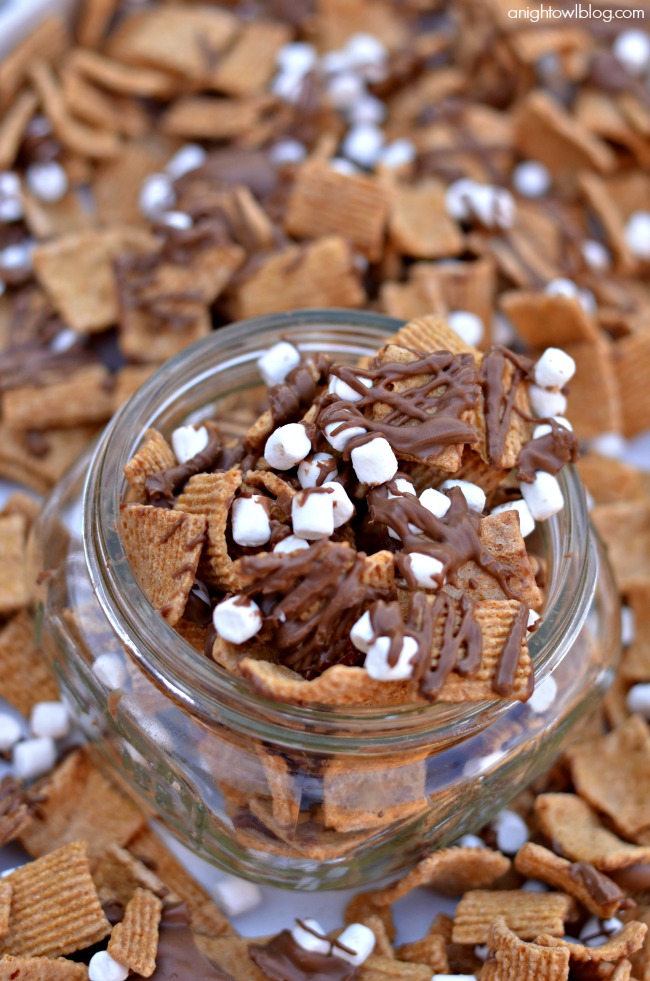 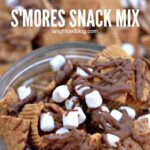 Yum yum! So if you’re like me and live in the desert’s sweltering heat, there is no reason to be denied a s’mores tasty treat – just whip up this S’mores Snack Mix and you’re good to go!

I'm much too young to feel this damn old. 😂😂

BOOKS I READ IN JULY 📚 My mother was an avid re

A snacketizer, if you will. 🥨🍿

All about keepin’ it classy. 🍷👍