From Spidey Action to Special Effects, check out our Top 5 Reasons to see SPIDER-MAN: Far From Home in theaters next week! 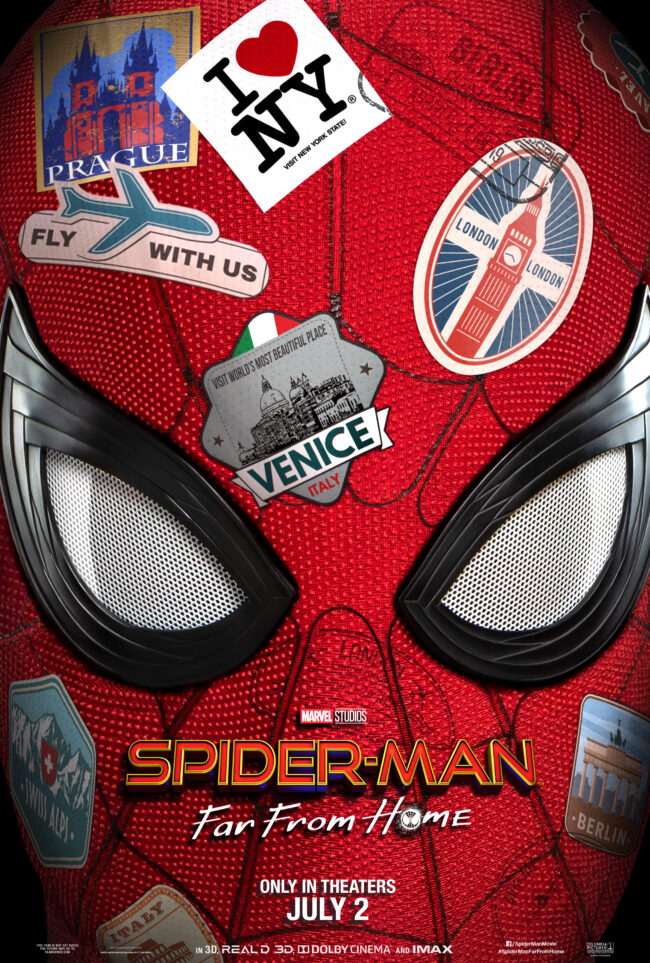 Spider-Man™: Far From Home hits theaters Tuesday, July 2nd and we were lucky enough to snag a sneak peek thanks to our friends at Allied Phoenix! We’re big MCU fans and we are excited to see where we go after Avengers: End Game. And I’m going to be honest, we bought tickets for opening night before we even knew about the screening because we loved Spider-Man: Homecoming. Tom Holland is just one lovable, friendly, neighborhood Spider-Man!

In Spider-Man: Far From Home, Tom Holland returns as our friendly neighborhood Super Hero who, following the events of Avengers: Endgame, must step up to take on new threats in a world that has changed forever. The film expands the Spider-Man film universe, taking Peter Parker out of his comfort zone and his home in Queens, New York City, and hurling him across Europe during what was supposed to be a school vacation – but which becomes his greatest challenge and most epic adventure ever.

We all really enjoyed the movie from beginning to end. It was great to see how the world moves on after End Game; it was nice to just sit back and enjoy the action and adventure of an MCU film without the heaviness of End Game or Infinity War. And it delivered, on every aspect that we were looking for. And we think YOU will love it too, here are our top 5 reasons why: 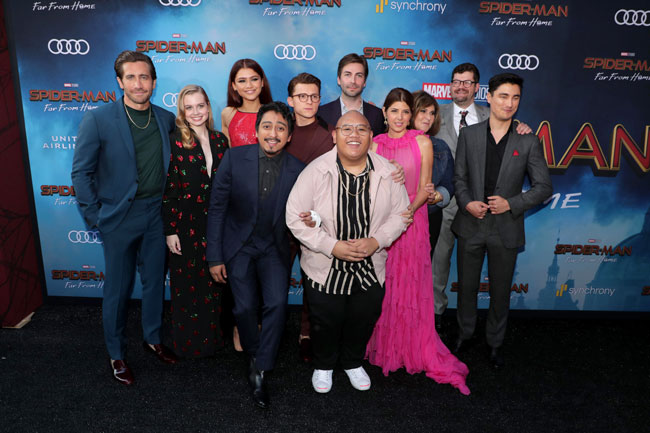 Andre and I chatted after the film and I asked if he thought the movie was so good because it’s just perfectly cast or if it was the writing. He said, “Yes.” Basically, it’s both. I love Tom Holland as Spider-Man. His boyish charm makes for a great neighborhood Spider-Man. I also loved Jake Gyllenhaal in this film! A perfect addition to an already great cast. 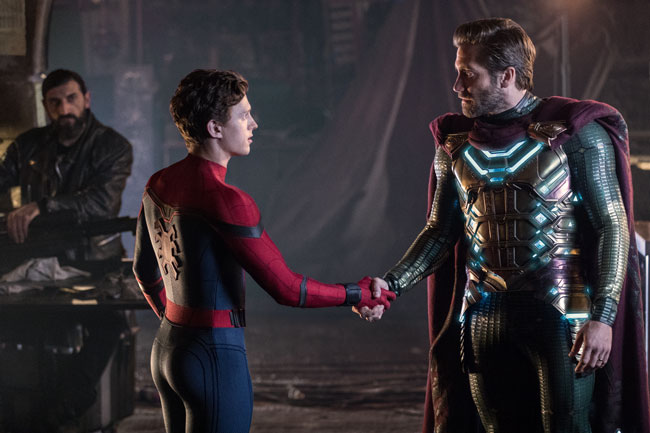 It’s great to see how much CGI has progressed and the different ways that the film makers can show off their skills and advancement in exciting fight scenes and more. 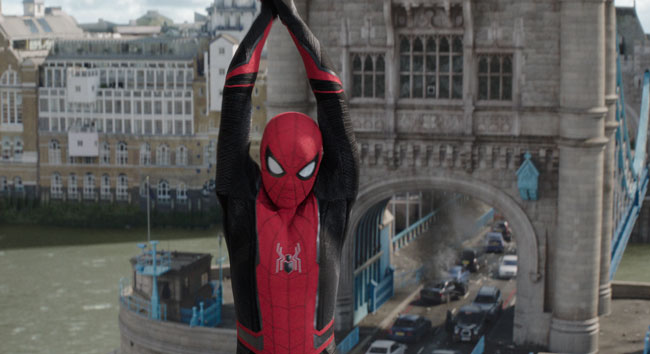 I’m an adventure junkie, so I loved that the film was set in Europe! It was so fun to see Spider-Man fighting off villains in a city other than NYC. The old world charm really paid off as the backdrop to this fun flick.

There was so much great Spidey action in this film! From new monsters to new enemies, the film is chock full of action and adventure. You certainly won’t be bored during this one! 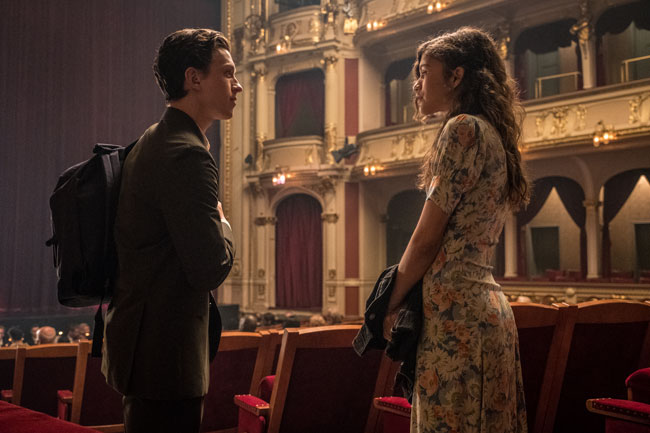 I loved the story! This Spider-Man “sequel” to Homecoming is honestly a stand-alone film. It was full of story lines, twists and turns that kept us entertained and surprised.

GO SEE IT. It’s perfect for a summer time flick! Easy, fun and full of action and adventure.

This film is rated PG-13 by the Motion Picture Association of America for sci-fi action violence, some language and brief suggestive comments. Our boys (8 and 10) saw the film and had zero concerns. If you have seen Spider-Man: Homecoming, I would say it is similar in terms of violence and peril. If you have sensitive kiddos, I would definitely recommend viewing it for yourself before including them.

See it next week and let us know what you think!