From strong female leads to a message to live Fearless, check out our Top 3 Reasons to see Spirit Untamed, only in theaters Friday, June 4th! 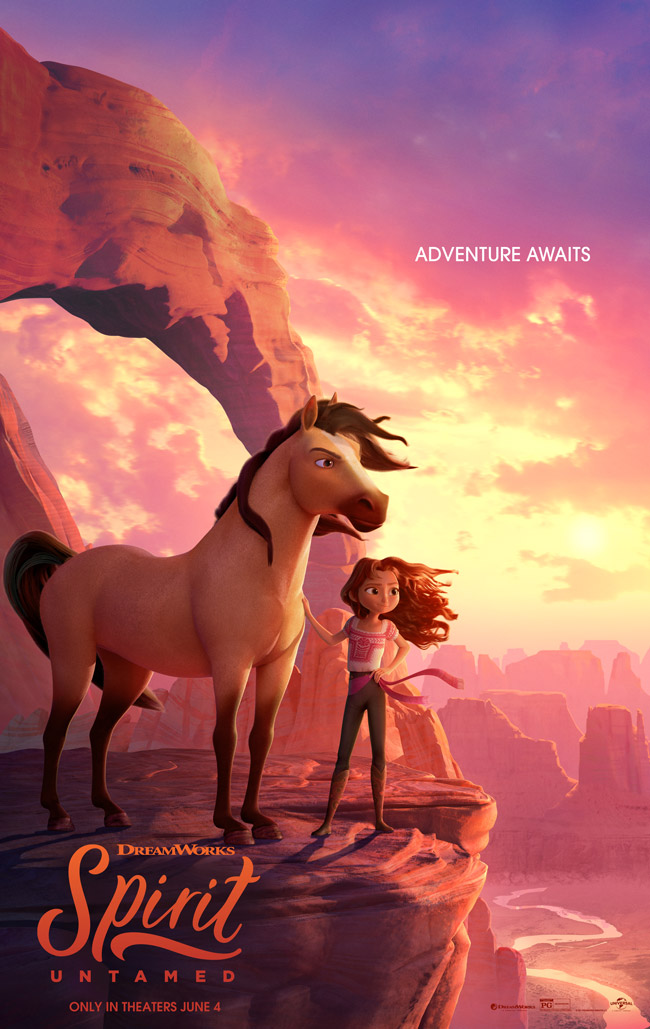 Hi friends! I don’t know about you, but the kids are out of school and I am looking for fun (easy) things to do! I’m so excited that movies are back in theaters and my kids are too. And thanks to my friends at Frost Communications, I was able to screen one that is about to come out…Spirit Untamed, only in theaters this Friday, June 4th! Here’s the official synopsis:

An epic adventure about a headstrong girl longing for a place to belong who discovers a kindred spirit when her life intersects with a wild horse, Spirit Untamed is the next chapter in the beloved story from DreamWorks Animation.

Like her mother, Lucky isn’t exactly a fan of rules and restrictions, which has caused her Aunt Cora (Academy Award® winner Julianne Moore) no small amount of worry. Lucky has grown up in an East Coast city under Cora’s watchful eye, but when Lucky presses her own luck with one too many risky escapades, Cora picks up stakes and moves them both back with Lucky’s father, Jim (Oscar® nominee Jake Gyllenhaal), in Miradero.

When a heartless horse wrangler (Emmy nominee Walton Goggins, FX’s Justified) and his team plan to capture Spirit and his herd and auction them off to a life of captivity and hard labor, Lucky enlists her new friends and bravely embarks on the adventure of a lifetime to rescue the horse who has given her freedom and a sense of purpose, and has helped Lucky discover a connection to her mother’s legacy and to her Mexican heritage that she never expected.

Spirit Untamed is the next chapter in DreamWorks Animation’s beloved franchise that began with the 2002 Oscar-nominated film Spirit: Stallion of Cimarron and includes an Emmy-winning TV series. The film is directed by Elaine Bogan (Netflix and DreamWorks Animation Television’s Trollhunters: Tales of Arcadia) and is produced by Karen Foster (co-producer, How to Train Your Dragon). The film’s co-director is Ennio Torresan (head of story, The Boss Baby), and the film’s score is by composer Amie Doherty (Amazon’s Undone, DreamWorks Animation’s Marooned).

It’s such a cute movie. I had my 5 year-old Adrian sit down and watch it with me (you know to get a kid’s point of view) and I have to be honest, he sat through the WHOLE THING. If you know Adrian, you know that is quite the feat! The mix of characters, action and music kept him drawn in and I thought the storyline was just so sweet. And when we saw a commercial recently for Spirit Untamed he asked, “can we see that again?” That’s the ultimate litmus test, right? So we really liked it. I think you will really like it too, here are my top 3 reasons why: 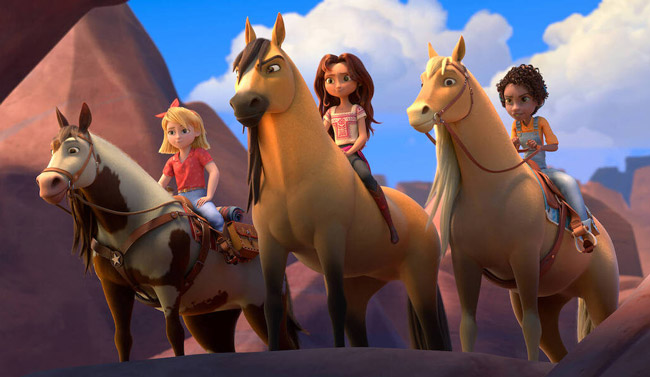 It was so refreshing to see a film with nearly all female leads! From Lucky to her friends, Abigail and Pru, to Aunt Cora, women were center screen. And the leading ladies were supportive and really lifted each other up. Director Elaine Bogan explains, “Because this movie will be reaching young female audiences, we wanted to create role models that showed young girls what they could be, not what they should be.” 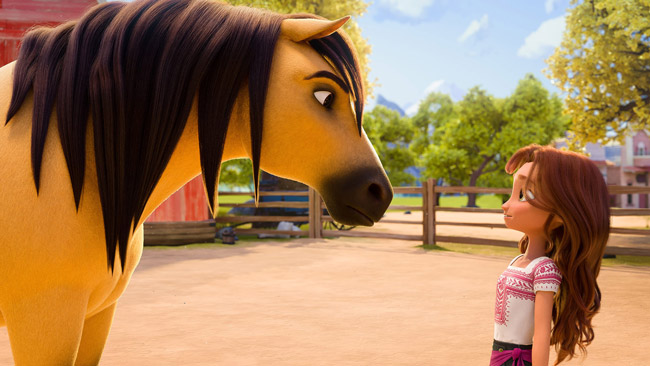 I just loved seeing the bond between the two “free spirits,” Lucky and Spirit, grow. It took patience and persistence and a little help from Lucky’s friends. All great lessons for kids…and adults alike. The film did such a great job of building upon Spirit’s character and developing Lucky’s sassy spirit even as a newbie to the franchise. I loved her spunkiness…and her fearless nature. 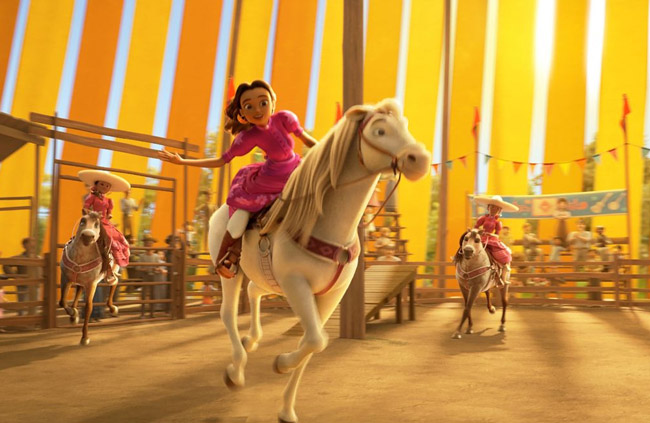 A recurring theme in Spirit Untamed is “Fearless.” And you’ll find the theme woven throughout the film from the dialog to a lullaby first introduced by Lucky’s mother. Bogan, who wrote the song, says, “It’s written like a poem with empowering messages about strength, courage, following your heart and being adventurous.” Such a good message for all audiences.

See it! If you’re in a place to head to the theaters, this is a great one to take your kids to go see. If you’re not able to right now, earmark this one to download or stream as soon as it’s out.

This film is rated PG by the Motion Picture Association of America for some adventure action. This movie is PERFECT for kids of all ages. Like I mentioned earlier, my 5 year-old loved the movie so it’s good even for a really young audience.