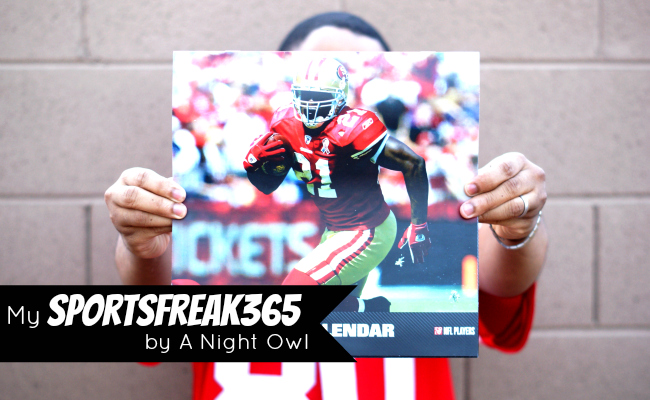 Hi friends! Today is a FUN day because I get to introduce you the number one SportsFreak in my life: my husband! I know I don’t talk too much about him here on the blog (he’s not too into crafts and DIY, haha), so maybe that’s why interviewing him for this post was so much fun. The question was recently posed: who’s the SportsFreak in your life and why? And Andre was the answer.

On our very first date, the subject of football came up. What might be a turn off for many girls was intriguing to me! You see, I grew up with football enthusiasts of a dad and a big brother, so I can hold my own. I found out that night that Andre played football into college and had an overall respect and love of football, but also that he had a deep rooted alliance to one team: The San Francisco 49ers!

Now where did this love of the 49ers stem from you might ask? Well it turns out that San Francisco happened to win the Superbowl the year that Andre was born. Now that’s pretty cool in the eyes of child. Always fun to root for a winner! But icing on the cake? Andre’s father liked the Cowboys and he thought it was fun to root for their number one rival at the time, which just so happened to be the 49ers. Yes, I have an antagonist on my hands! 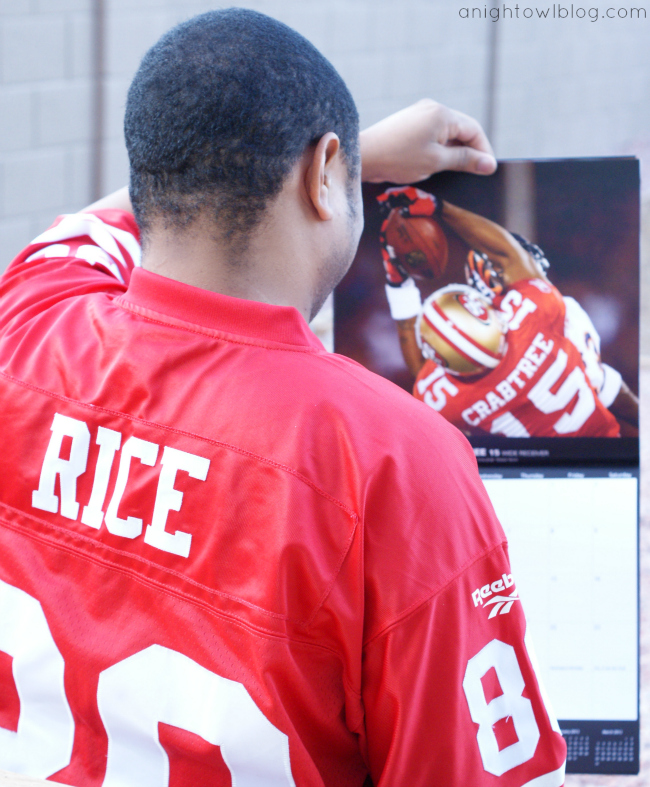 But what sealed the deal for Andre was when he met his lifetime football idol when he was 10: Jerry Rice! He was at a trading card event where he saw Jerry and got to shake his hand and see his HUGE Superbowl ring up close and personal! And yes, he loves Jerry to this day. And now his fanaticism is being passed down to our boys who say “let’s go Niners” every time they see football on TV.

So this coming holiday season, what is TOP on my list for Andre? Yes, 49ers gear! We do have one issue though, we live in Arizona! So you can imagine that San Francisco 49ers products are somewhat hard to come by. Enter SportsFreak365.com! SportsFreak365.com has products and gear from every sport and every team  you can imagine! And one of my favorite products on their site is the design-your-own sports calendar! 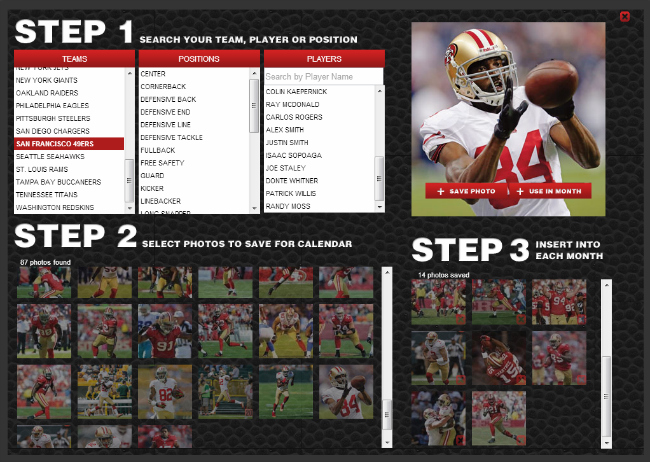 I was able to make Andre his very own customized San Francisco 49ers calendar, with all (and only) his favorite players! And trust me, this is a HUGE feature because he has very strong feelings about these players! And he LOVES the result! 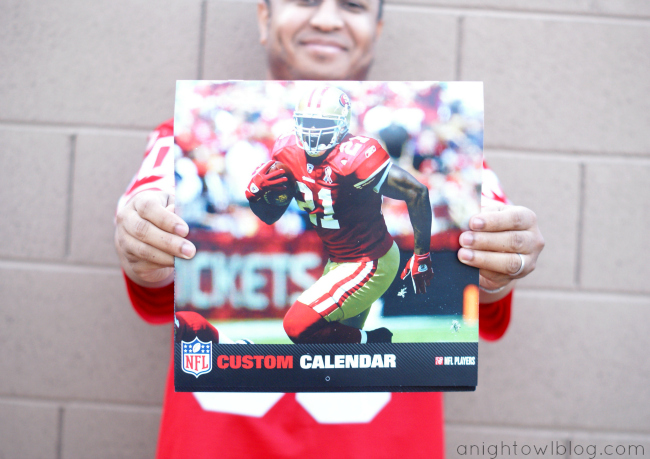 I still have more items hanging out in my cart that I will be buying for him for Christmas! Oops – I hope he doesn’t read this post! But what about your SportsFreaks this year? Showing off your team spirit has never been easier! Whatever team you root for and whatever sport they play, find the gear you need at SportsFreak365.com. Just in time for the holidays, you can get 30% off any purchase using the code “Clever30.” And while you’re there, be sure to enter to win $500 toward team gear in Ditka’s SportsFreak of the Week Contest!

I was selected for participation in this campaign as a member of Clever Girls Collective.