Whip up a batch of easy Brazilian Cheese Bread to snack on while you watch Fast & Furious Spy Racers on a new adventure in Rio. Now streaming exclusively on Netflix. 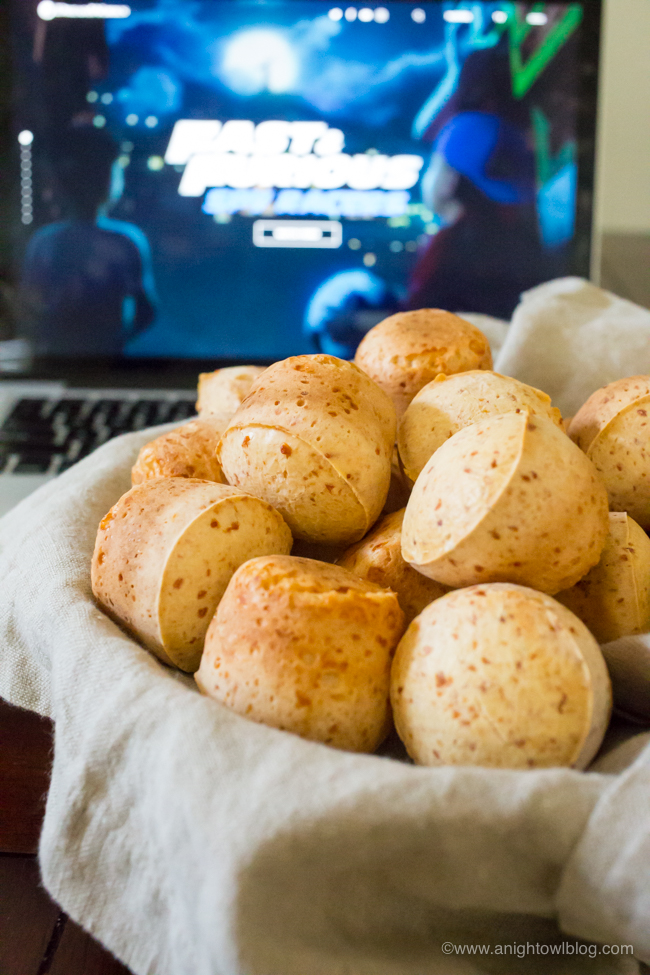 DISCLOSURE | Thank you to Allied Phoenix for sponsoring this post. As always, all thoughts and opinions are our own!

Hi friends! Season 2 of Fast & Furious Spy Racers is NOW STREAMING on Netflix! And in this season the series has them head to the heart of Brazil…RIO! So to celebrate the return of Tony and team to the screen, the boys and I whipped up some Brazilian Cheese Bread. Stick around for the easy recipe… 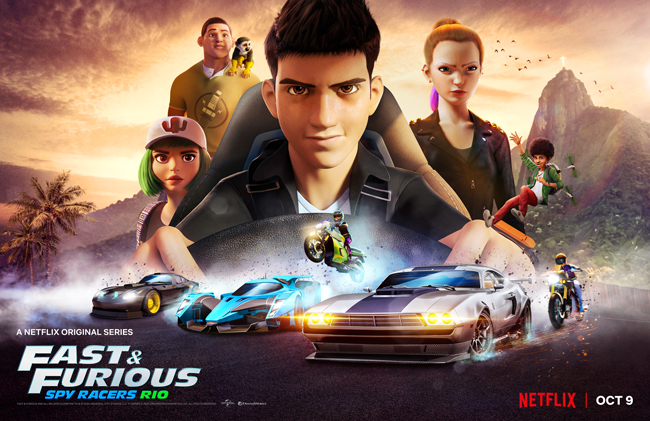 Heart-pounding action as a group of teenagers led by Tony Toretto, following in the footsteps of his cousin Dom, are recruited by a government agency to infiltrate an elite racing league serving as a front for a nefarious crime organization. With their slick cars and an array of gadgets and spy gear, this hip group will race to save the world from destruction.

Now seasoned spy racers in season 2, Tony and the crew embark on their first international mission to Brazil! Once in Rio de Janeiro, they discover that Ms.Nowhere’s latest recruit and formidable fellow racer, Layla Gray, is missing in action during an investigation in the favelas. Unwilling to leave family behind, Tony and the Spy Racers dawn undercover identities to find Layla, but end up uncovering a sinister plot that keeps them guessing at every turn. Fast & Furious: Spy Racers zooms exclusively to Netflix today, October 9th, 2020! 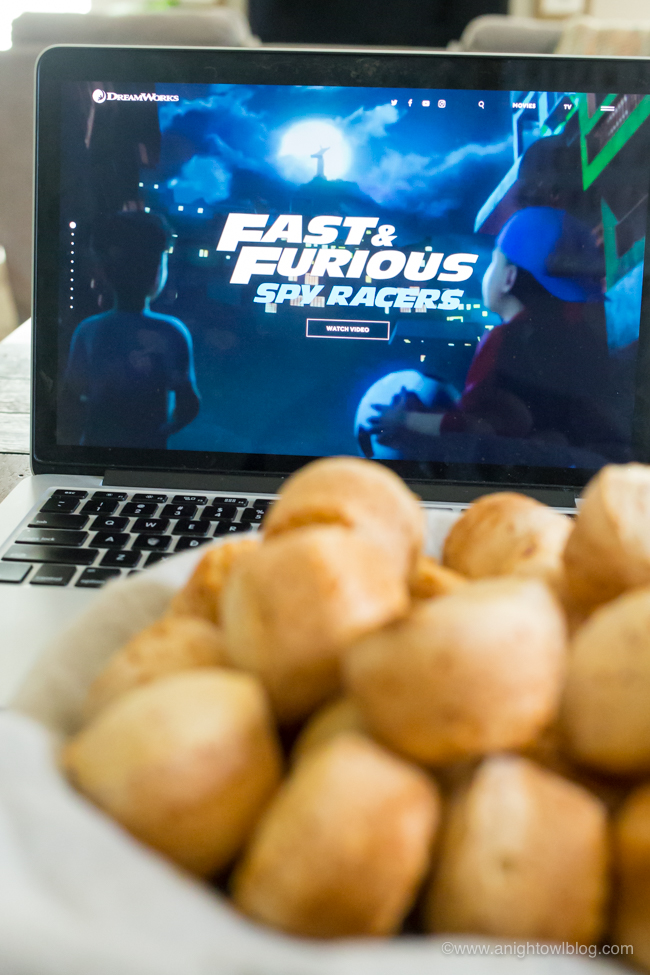 Perfect snacks for watching Fast & Furious Spy Racers Rio, we whipped up some Brazilian Cheese Bread using a few ingredients, a blender and the oven. 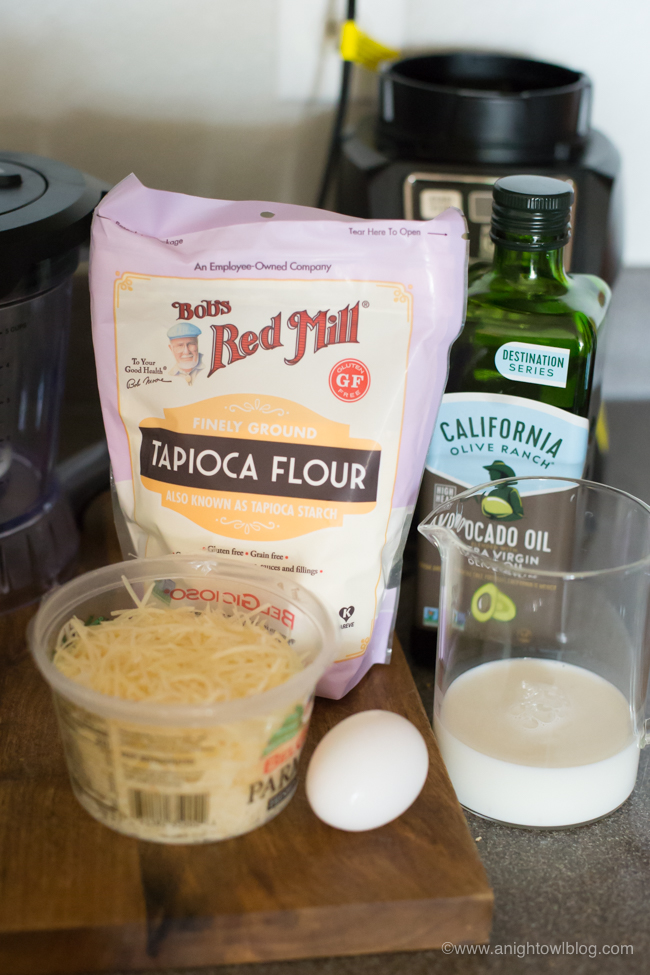 How to Make Brazilian Cheese Bread

Now the hardest thing about this recipe might just be getting your hands on Tapioca Flour. But no worries, if your local grocer doesn’t carry it, you can easily snag it on Amazon! Now to the recipe.

First you’re going to want to combine the flour, egg, oil, milk and salt in your blender and blend until smooth. Once combined, add in your parmesan cheese (you can use other types of cheese such as mozzarella) and pulse until the cheese is broken up into pieces and well incorporated into the batter. 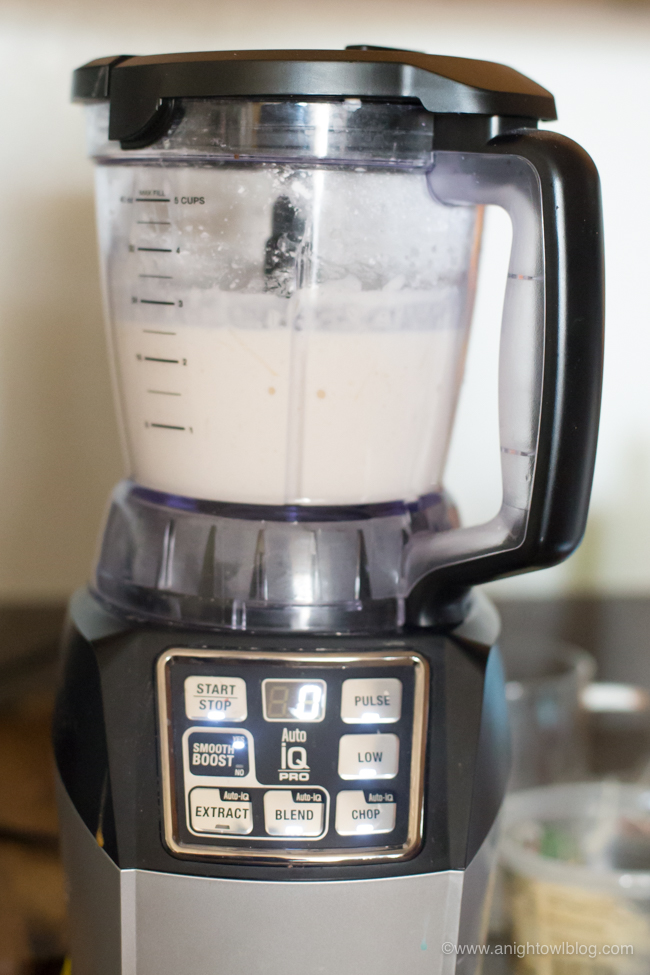 Then spray a mini muffin pan and spoon batter into each well, filling almost to the top. 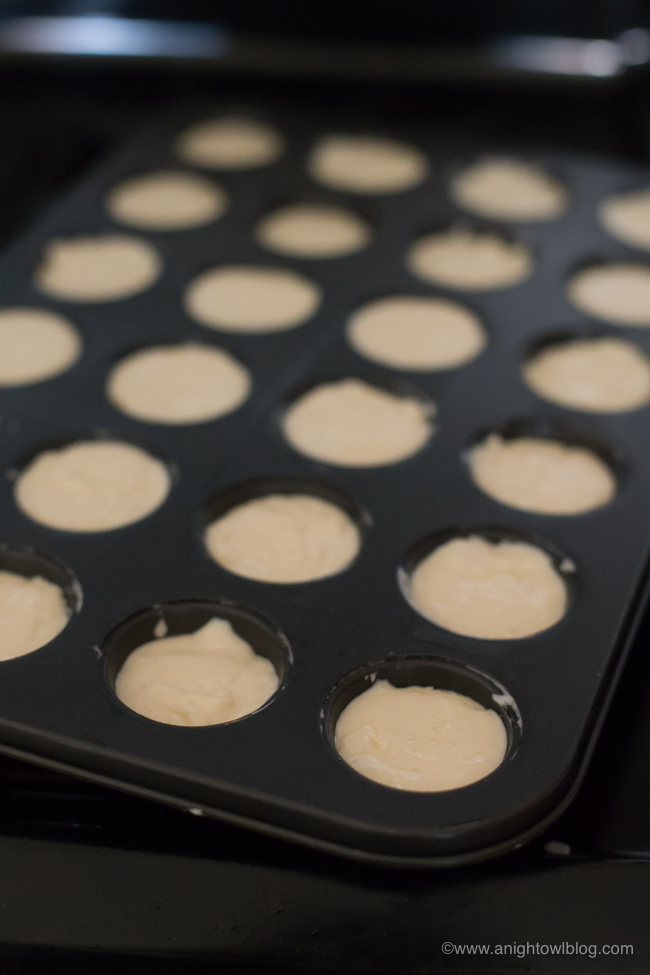 Then pop the muffin pan into a preheated 400 degree oven for 15-17 minutes. Once done baking, let the cheese bread cool for a minute or two, but they’re best enjoyed warm. 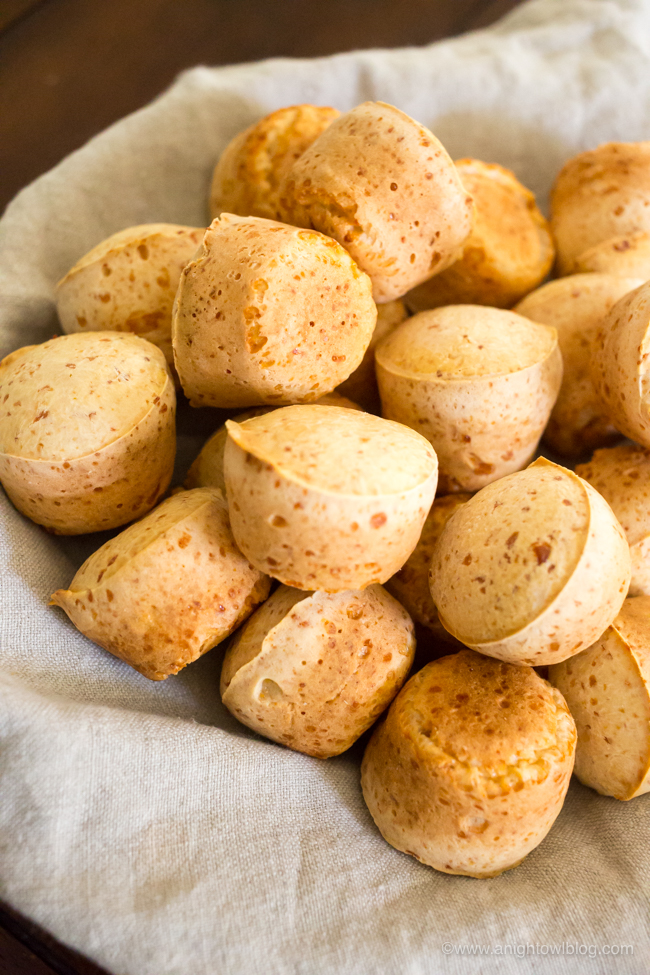 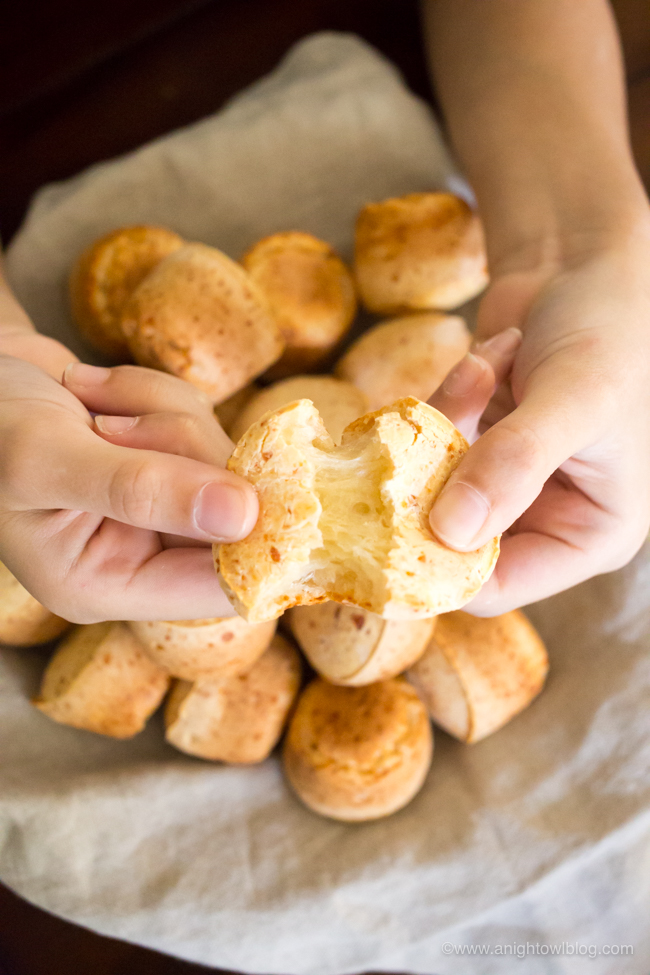 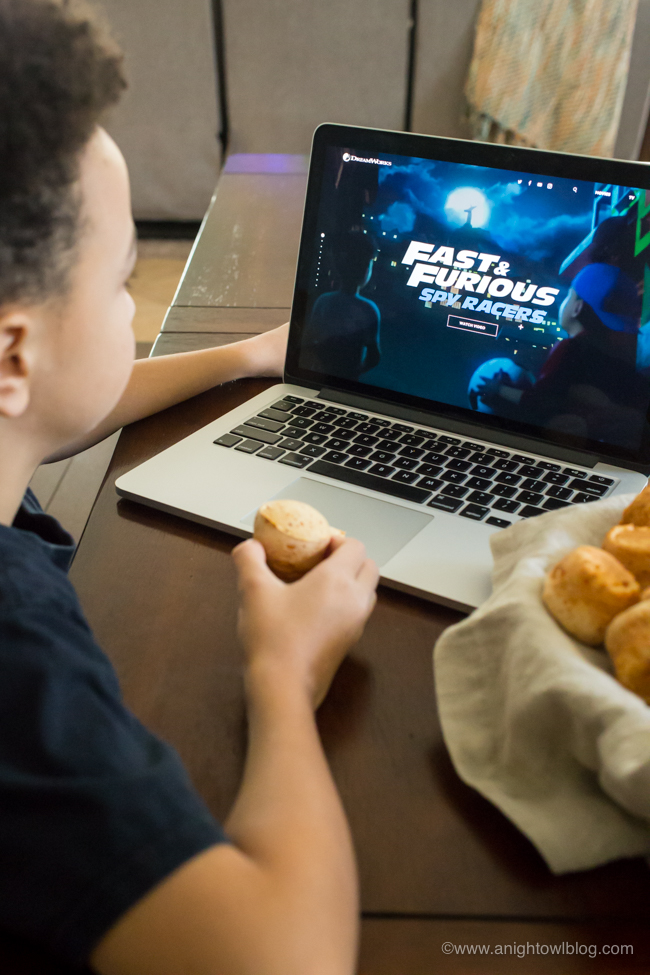