A perfect movie for the whole family, check out our Top 3 Reasons to see The Bad Guys, in theaters Friday, April 22nd! 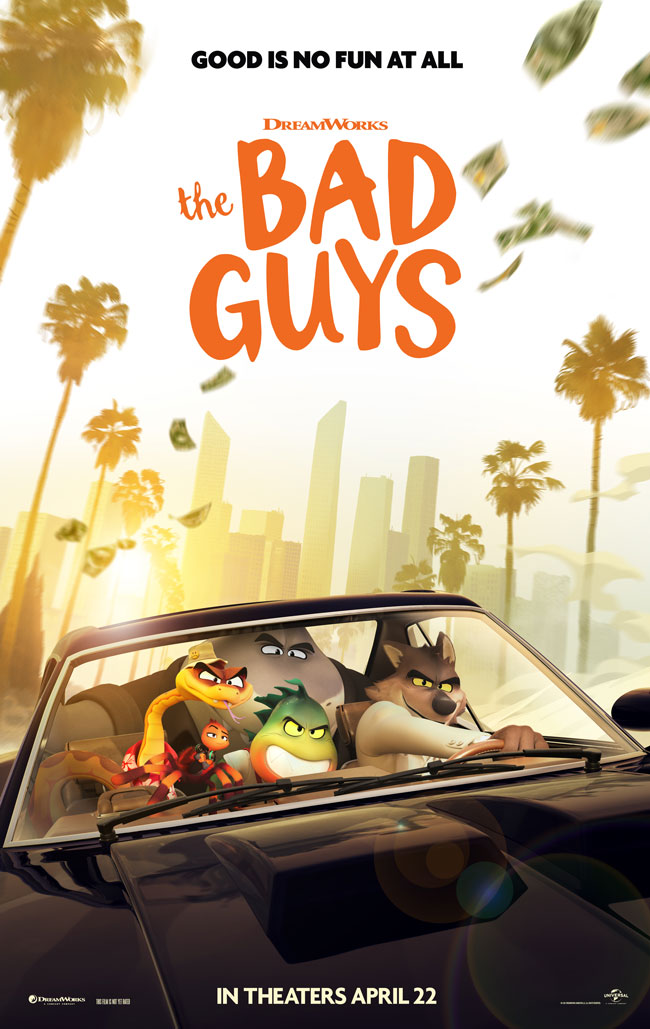 The Bad Guys, A No-Spoiler Review

Hi friends! We’re so excited that movies are BACK in the theaters and coming out more regularly. And one that my kids have been counting down to see is The Bad Guys, based on the book series by Aaron Blabey. They’re HUGE fans of the books and couldn’t wait to see the film adaptation. And thanks to my friends at Frost Communications, we got a preview of The Bad Guys, in theaters Friday, April 22nd!

Nobody has ever failed so hard at trying to be good as The Bad Guys. In the new action comedy from DreamWorks Animation, based on the New York Times best-selling book series, a crackerjack criminal crew of animal outlaws are about to attempt their most challenging con yet—becoming model citizens.

But when, after years of countless heists and being the world’s most-wanted villains, the gang is finally caught, Mr. Wolf brokers a deal (that he has no intention of keeping) to save them all from prison: The Bad Guys will go good.

Under the tutelage of their mentor Professor Marmalade (Richard Ayoade, Paddington 2), an arrogant (but adorable!) guinea pig, The Bad Guys set out to fool the world that they’ve been transformed. Along the way, though, Mr. Wolf begins to suspect that doing good for real may give him what he’s always secretly longed for: acceptance. So when a new villain threatens the city, can Mr. Wolf persuade the rest of the gang to become … The Good Guys?

It’s such a fun film! Just based on how much my boys LOVE the books, I knew this one would be good…but we really did enjoy it. I think YOU will love it too, here are my top 3 reasons why:

From minute one you follow the “bad guys” on a high-speed chase. One thing I loved about this film is there certainly were no dull moments, it’s action-packed! I especially appreciate that when seeing it with all of my boys. There are plenty of hijinks and heists, it keeps the plot-line moving along and makes for one enjoyable movie to watch.

I laughed out loud more times than I probably would like to admit to. I always appreciate when movies geared towards a younger audience also has plenty for the adults as well. I have to say that I expected my boys to get a kick out of the movie, but there were plenty of times I cracked up as well. A true joy to watch!

This jolly group, whether you think they’re BAD or not, is just a joy to watch. I love the theme of friendship and loyalty that runs through the entire plot and how they’re there for each other through the good and bad.

See it! If you’re in a place to head to the theaters, this is a great one to take the kids to. I guarantee it’s a great movie for the entire family.

This film is rated PG by the Motion Picture Association of America for action and rude humor. I certainly felt it was appropriate for children of all ages.