From an expansion of the MCU to Captain Marvel’s power on display, check out our Top Reasons To See Marvel Studios’ Captain Marvel. 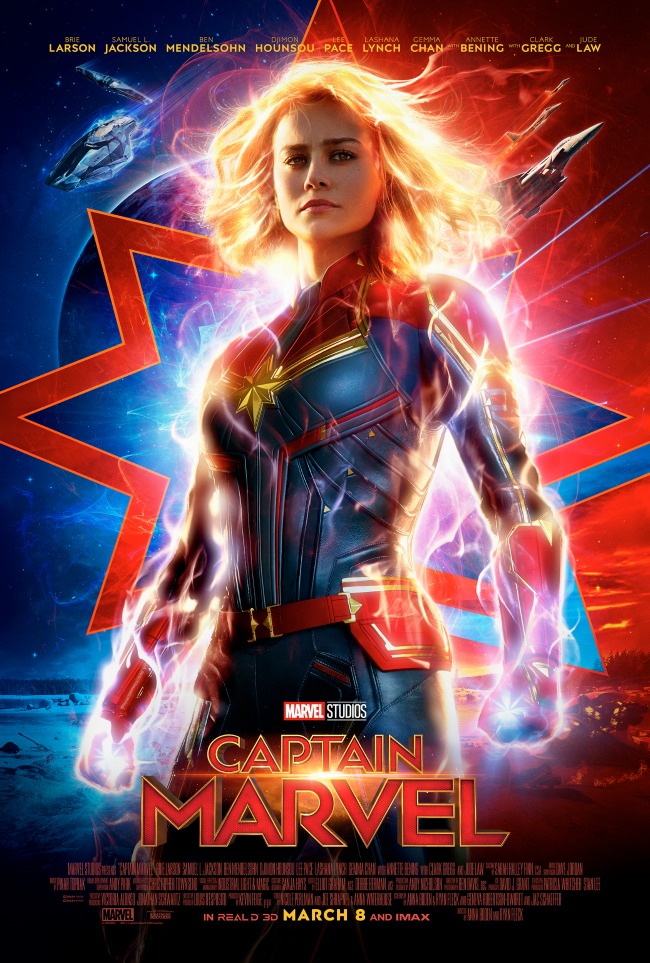 Set in the 1990s, “Captain Marvel” sidesteps the traditional origin-story template, with Carol Danvers already possessing her superhero powers. Leaving her earthly life behind, she joins an intergalactic elite Kree military team called Starforce, led by their enigmatic commander, Yon-Rogg. But after Danvers has trained and worked with the Starforce team, and become a valued member, she finds herself back on Earth with new questions about her past. While on Earth she quickly lands on the radar of Nick Fury, and they must work together against a formidable enemy in the form of the Skrulls—the notorious Marvel bad guys made even more dangerous by their shape-shifting abilities—and their leader, Talos, who is spearheading a Skrull invasion of Earth. Marvel Studios’ “Captain Marvel” opens on March 8, 2019, in U.S. theaters.

Hey everyone! Andre here, Kimberly’s better half (haha) and @ANIGHTOWLTECH if you want to follow me on the Twitter. Since I am the comic book guru around here, I’m going to be the one who shares reviews around most of the Marvel films. Marvel Studios’ “Captain Marvel” hits theaters Thursday and I was lucky enough to snag a sneak peek thanks to our friends at Disney and Fingerpaint Film. Now you may have heard a lot of noise around the film, there has already been some skeptics and criticism. I’m not going to say that none of it us unfounded, BUT what I do want to share with you today is 3 Reasons WHY you should go see the film. And yes, I do think you should go see it.

Captain Marvel is an all-new adventure from a previously unseen period in the history of the Marvel Cinematic Universe. And while “unseen” you still get to see familiar faces to tie it all together like Nick Fury and another very familiar face (no spoilers, here). Captain Marvel is the key to upcoming story lines, and once you see her in action, you’ll know why. 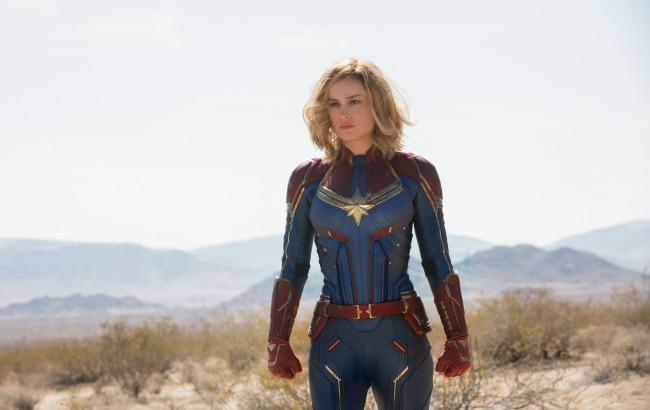 With the release of “Captain Marvel,” Marvel Studios launches its highly anticipated, female-led franchise into the ever-growing Marvel Cinematic Universe. Director Kevin Feige says, “We’ve always had powerful female characters and heroes in our films. But having a female Super Hero franchise title character for the first time feels overdue, and it’s something that we have been excited about for a long time, and we can’t wait to deliver it to the world.”

3. Captain Marvel is like NO Marvel Hero we’ve seen yet

Until Avengers: Infinity War, I had zero issues with my kids seeing Marvel films and while they ultimately saw Infinity War, we definitely had to chat before and after the film. I mean, I even struggled with that one. But not to worry, although Captain Marvel is rated PG-13 for sequences of sci-fi violence, action and brief suggestive language, I would say that it is on par with other Marvel films like Iron Man and Thor. So if you’re kids are used to that level of action and violence, they will be fine with this film. I took our 8-year old to the screening with me and he loved the film and had zero issues with the themes presented.